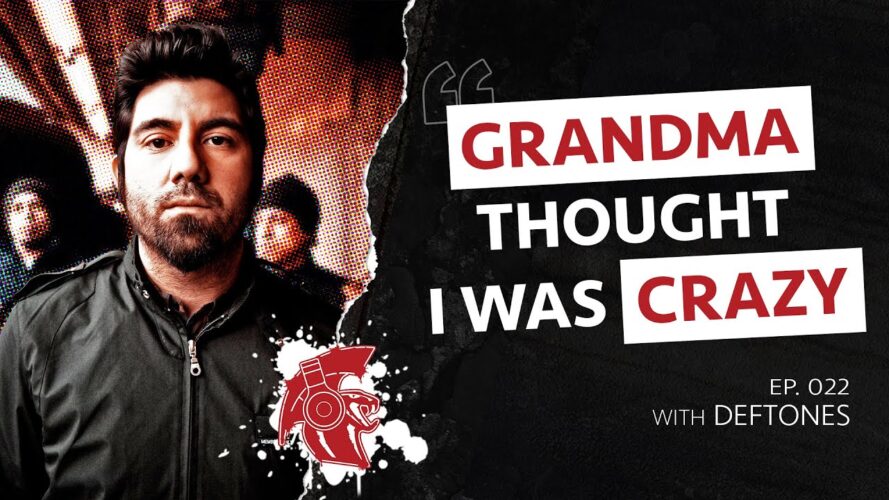 How To Get Into Creative Flow State w/Deftones | Ep. 022

Life After Chi And Music As Therapy

In this podcast about creative flow, Chino Moreno (singer) and Sergio Vega (bassist) from Deftones explain how Chi Cheng’s situation affected the hard rock band. The hardship of loosing a longtime friend and partner brought the other band members closer together and made them reflect on the value of Life.

Sergio Vega, who replaced Chi Cheng as the band’s bassman, reflects on his positive influence and support towards his new band mates in grief. Chino discusses how the dramatic atmosphere surrounding the Deftones pushed the rock music band to rebuild its foundation and creative flow. Moreno tells about the musical inspiration hence generated, as band members lost themselves in their music while living their grief.

Deftones fans are reminded to support Chi Cheng’s surviving family’s efforts to raise awareness about wearing your seat belt by donating through https://buckleupforchi.com.

“Anytime something like this happens, it makes you re-evaluate your life in general, I think, and how short it can be…”

In the interview, Chino Moreno and Sergio Vega expose how the heavy rock band create their best rock songs. From the raw atmosphere of their first rock albums Adrenaline and Around the Fur, to the experimental feel of White Pony, Chino admits keeping himself from becoming creatively bored. Sergio adds that their methodology for writing music relies on simplicity and spontaneity.

In the podcast, Chino Moreno – co-founder of side projects Team Sleep, Crosses, and Palms – and Vega – from former post-hardcore band Quicksand – enumerate the musical influences behind his band’s hard rock music. These influences include Sade, HR (Bad Brains), Mike Patton, plus… Michaël Jackson and Boy George (!?), and other bands Deftones played with on tour, like Dillinger Escape Plan.

3 Tips | How To Get Into Creative Flow

Watch or listen to the episode for more tips and advice !

How To Turn Fear Into Fuel w/Patrick Sweeney | Ep. 010